We'll be transitioning into the Runeterra.net domain sometime over the next few days. We hope to minimize disruption by making the transition during off-peak hours, for as brief a time as possible.

League should be balanced around casual and low elo 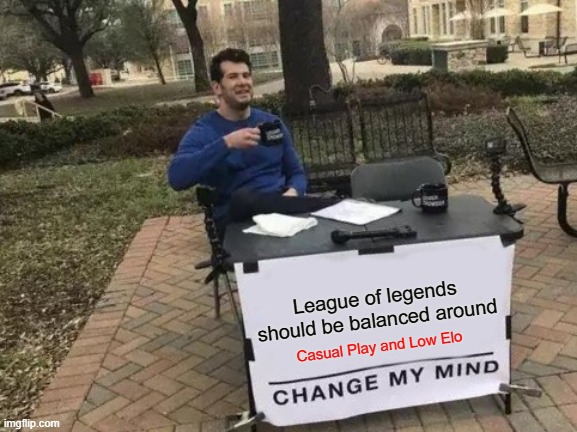 League of legends is a game and should be balanced around its core playerbase not its professional scene, as professionals job is to adapt to the meta as we saw back when Sneaky had to int on Cassio because RIot decided to gut adcs. Casual players and low elo players should not be forced to adapt to changes made for pro play, because it's a game for us, not a job. Its not our job to be good at the game, and we shouldn't be punished because a pro player played a game of our champ got a penta and now riot's 200 year's of collective experience is shitting itself in panic.

It looks like you're new here. If you want to get involved, click one of these buttons!